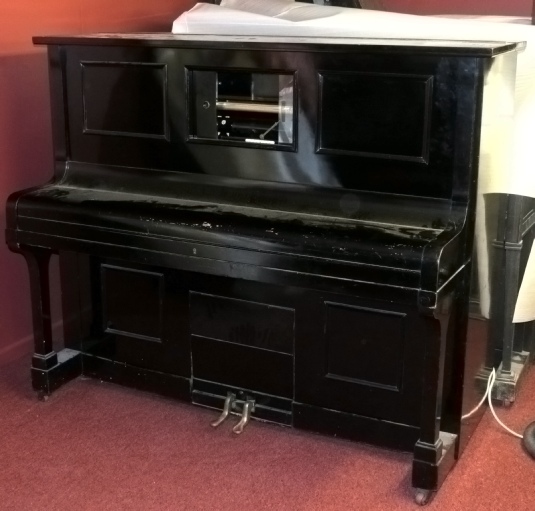 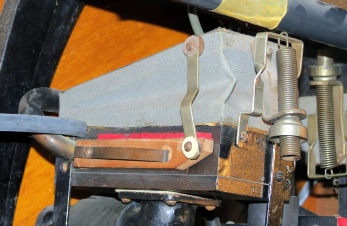 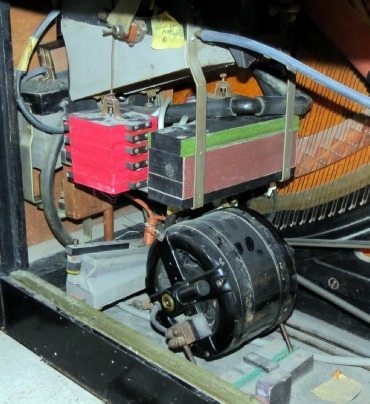 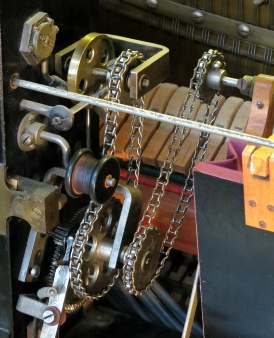 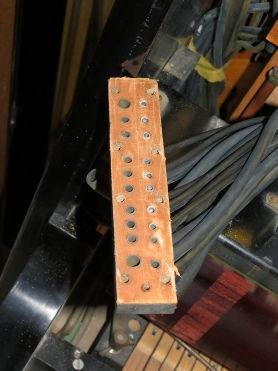 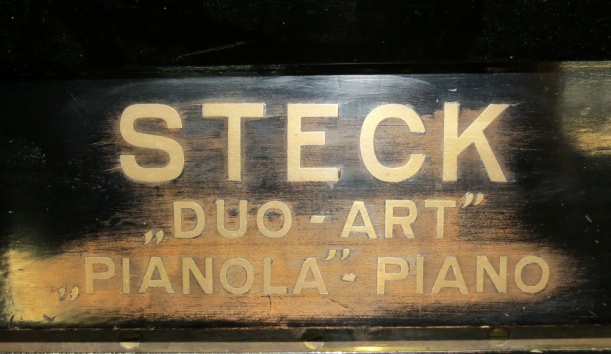 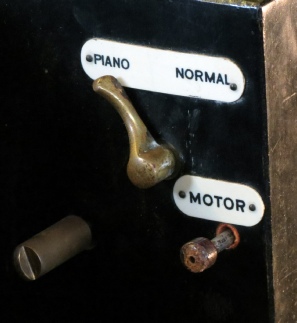 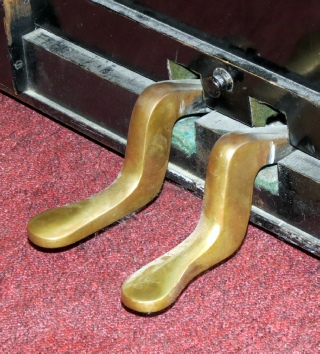 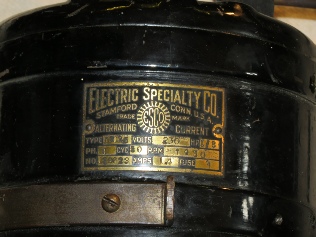 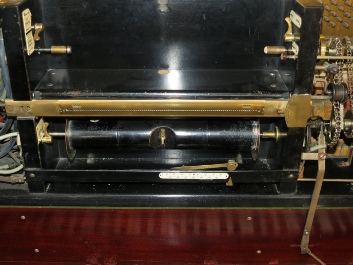 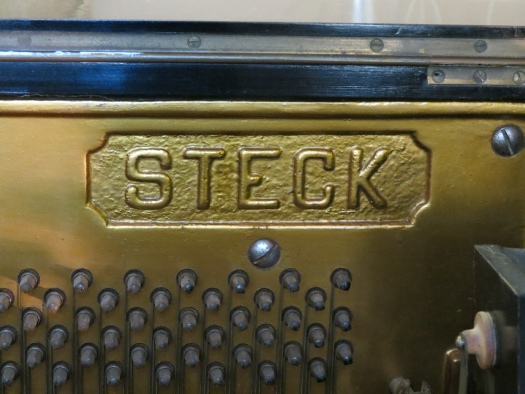 This is an earlier instrument, belonging to a customer, dating from around 1914 and believed to be a Gotha Steck and certainly showing all the signs of having been manufactured in Germany.

It is possible that the Duo Art action was retrofitted by Aeolian.

Pictured above is another version of the suction regulator box. Some have a large pallet valve on the top of the pneumatic, others a felt lined hole in the side with an adjustable slide to adjust suction levels.

This one has an external knife valve.

Above and below the American made electric motor. Still running almost silently and with just a little lateral play in the shaft.

The  box pump it drives still produces 60” of suction, again almost silently, so I will just repack the bearings and expect it to go on for many years yet.

The transmission differs from many that I have encountered. Quality of materials and manufacture are far superior, the upper brake wheel is solid cast brass

and the frame precision made and very strong. No micro thin layers of nickel plating to be found anywhere.

Labels differ where the ‘Soft’ and ‘Normal’ would normally be found on later models.

Transposing feature differs in that it operates behind the face of the tracker instead of dividing it at either end. 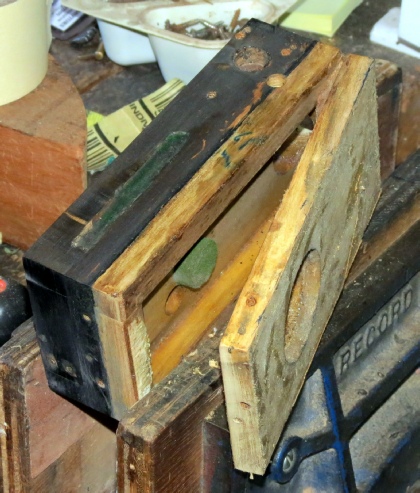 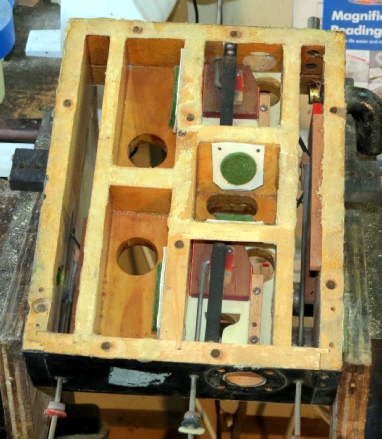 It has clearly undergone previous restoration where a rubber cement and PVA had been used to glue the cloth in place proving very difficult to remove. I use only hot hide glue which is fully reversible and relatively easy to clean off.

Inside the Duo Art Expression Box showing the various slide valves that control suction to the stack. 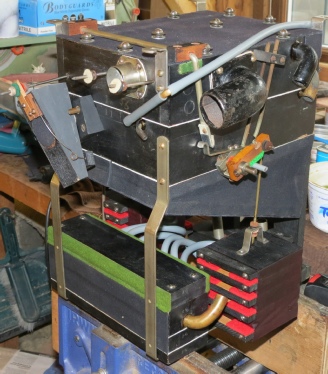 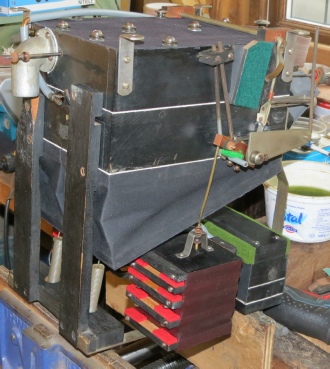 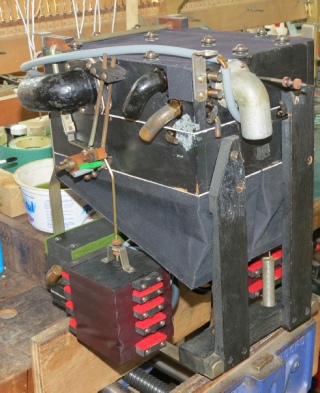 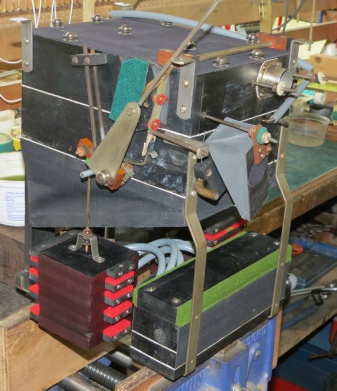 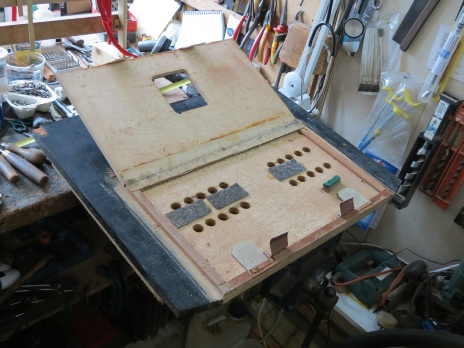 There are some slight variations on this expression box, with the bass and treble Themodist and Duo Art connections situated at either end rather than front and back.

I have reverted to using best quality pouch leather on these accordions and have treated them so they should last and they are pretty airtight now!

The internal springs had been removed from the reservoir at some point in it’s life...no idea why. 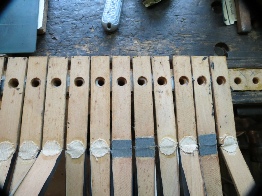 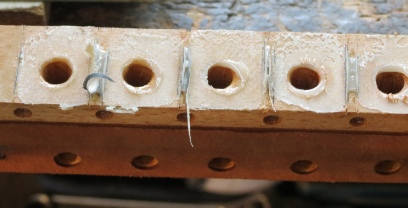 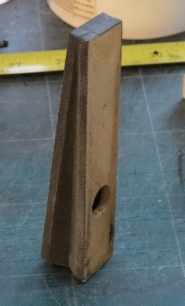 The deck and pneumatics had been rather badly butchered in a previous restoration and again reassembled with copious amounts of white glue and rubber cement.

On the right is a recovered pneumatic all cleaned up and ready to be glued to the deck using hot glue. 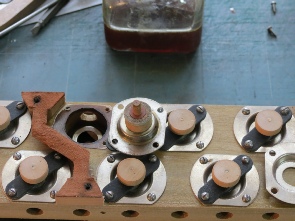 These valves are of a much more robust design to those I have seen previously. 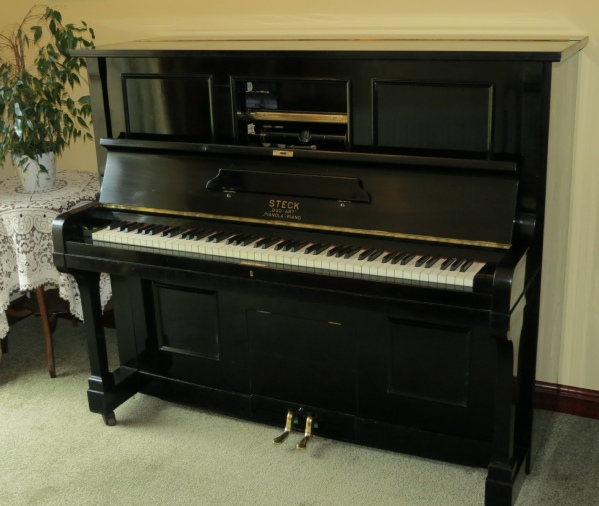 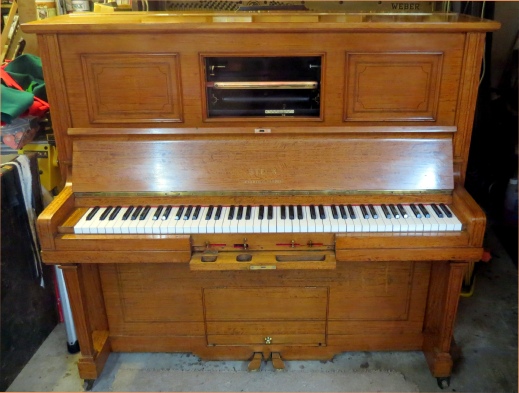 A recently completed Gotha Steck in Satinwood, dating from 1910